Elizabeth May on why you should vote Green 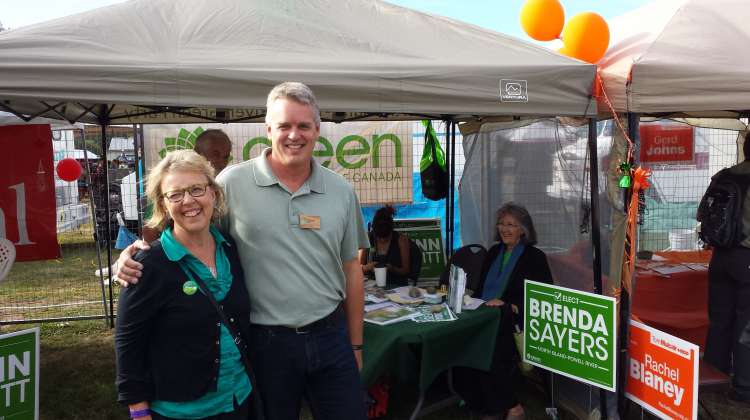 The only wasted vote is the vote that doesn’t get cast, according to Green Party leader Elizabeth May.

Some people have suggested that supporting Green would split votes between other parties, but May says that’s not necessarily the case.

May says Parliament can work when members are elected and understand that the job is to work for Canadians and is not just about issuing cheap shots.

May says voting Green will result in a Parliament that works better for Canadians.

May adds that the reality of this year’s election is that it will see the return of a minority Parliament.

When focusing on Vancouver Island, May says voters have a straight-up choice between a Green MP or an NDP MP, and she promises Greens will work harder for the Island and not worry about scoring political points. May recently visited the Comox Valley for the 2015 Comox Valley Exhibition.

She adds the Green Party will be able to work across party lines to deliver exactly what Canada needs. The Federal vote goes on October 19th.

ICBC provides safety tips for drivers and pedestrians this Halloween