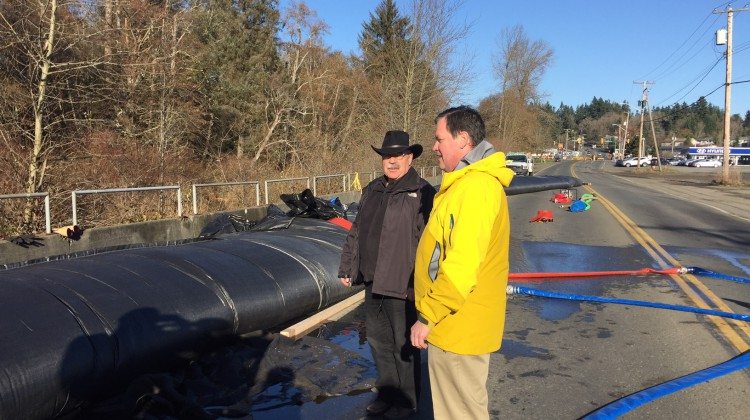 The City of Courtenay has tested out its newest flood mitigation tool.

The Aqua Dam was deployed this morning on the old island highway between Ryan and Headquarters roads.

CAO David Allen says it was a successful test.

Jangula says he’s happy the city was able to bring a tool like the Aqua Dam into its flood mitigation strategy.