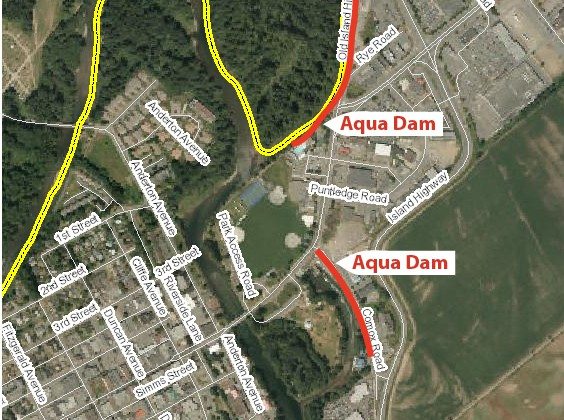 Courtesy the City of Courtenay

The City of Courtenay has deployed its Aqua Dams in preparation for expected flooding.

The dams have been deployed along the Old Island Highway between Ryan and Headquarters and near the Courtenay slough.

CAO David Allen says the dams have been deployed as a precautionary measure after a high tide earlier today.

Allen says the dams will stay up likely through the weekend, as there is more rain in the forecast.