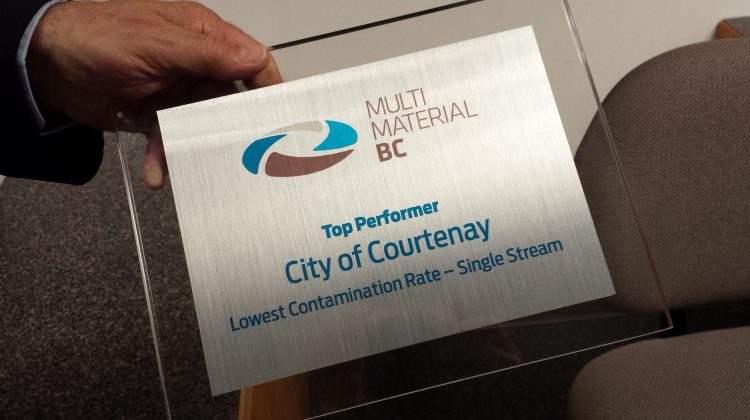 The Union of BC Municipalities convention in Victoria covered a lot of issues last week, and the city of Courtenay came away from the event with an environmental award.

Mayor Larry Jangula says the city was named the top performer with the lowest contamination rate. He notes that the city has the cleanest recycling system in the region – with no contaminates in local recycling.

Jangula says the city of Courtenay surpassed Campbell River by about 2% when it comes to clean recycling.