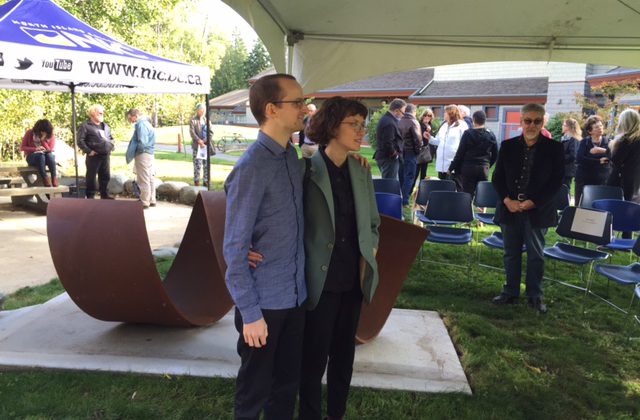 An internationally acclaimed artist and sculpture instructor at North Island College has been honoured for his work.

Douglas Senft taught at the college from 1999 to 2012, when he passed away. A legacy fund has now been set up in his name.

David Maclean is Professor Emeritus at NIC School of Fine Arts and Design. He says the legacy fund is aimed at helping students to create their art.

Douglas’ son, Leon Senft, says the legacy fund would mean a lot to his father.

A sculpture, entitled Turn, has also been installed in his honour at North Island College‘s Comox Valley campus.