Shoreline work to be done near 19 Wing Comox 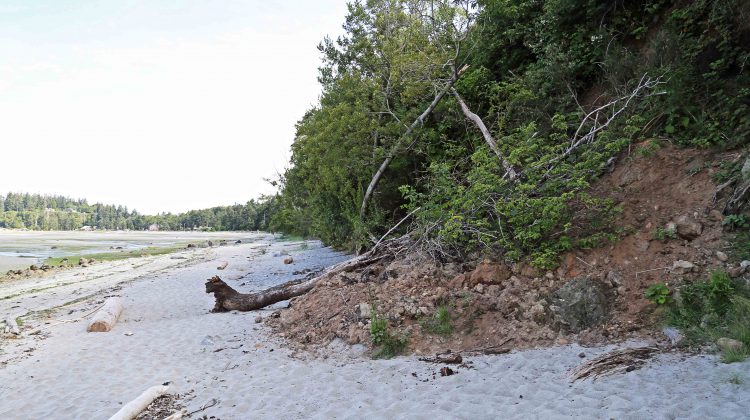 Slope failure due to erosion and undercutting by waves. (Image courtesy: 19 Wing Comox)

Shoreline protection work is set to get underway near 19 Wing Comox. Crews will be doing stabilization work on the bluffs at Air Force Beach and Kye Bay.

Major Jean-Marc Fugulin says the work will include improving drainage and bank stability on the bluffs. He notes there’s a fair amount of erosion that they’re looking to fix.

The beach will remain open to the public during the project, but people are asked to obey temporary fencing and traffic control at the site. The work will begin within the next week.