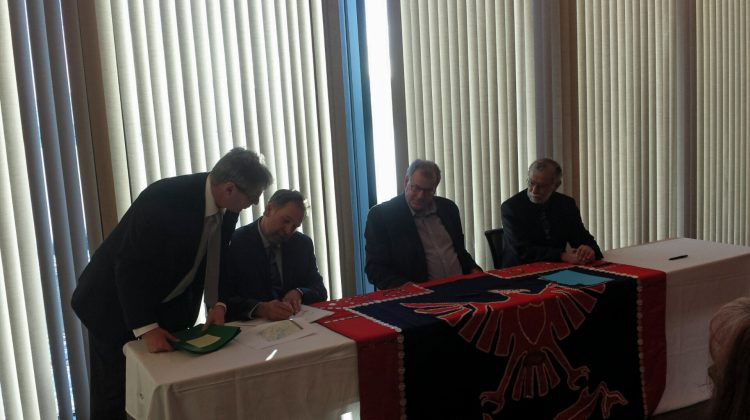 Members of the K’ómoks and Qualicum First Nations now have an enhanced voice in local forest stewardship after the signing of a new forestry agreement.

K’ómoks Chief Rob Everson says that 75% of all future revenue coming out of the Rosewall Creek area will be split evenly between the two First Nations.

He notes that the new license covers nearly 8300 hectares of Crown land near Courtenay and will allow First Nations the chance to harvest 32,000 cubic metres of timber per year.

Everson says the deal has been in the works for over 4 years, and will greatly benefit both Nations.