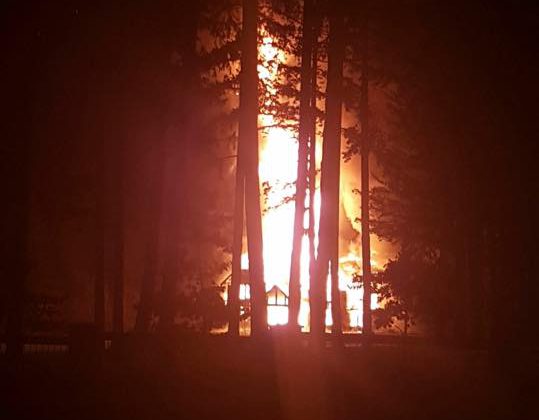 Comox Fire crews are back on scene of the massive house fire on Anderton that destroyed a multi-million dollar home.

He notes it was the department’s practice night, so they had more than 40 people at the fire station. Schreiner says the house was under construction, so it had no drywall or interior doors, which helped the flames spread quickly.

The house was empty when it went up in flames. Schreiner says crews will be looking out for hot spots.

Fire and RCMP investigators will be looking into what may have caused the blaze.