Temporary changes coming to intersection at 5th and Fitzgerald 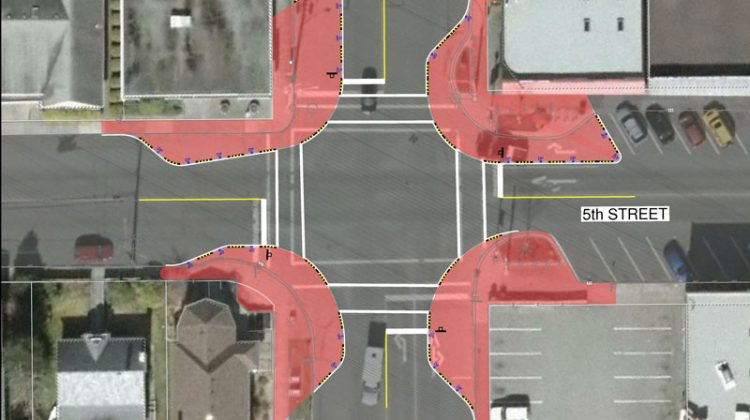 A big change is on the way to a major intersection in downtown Courtenay.

Starting next week, after the Easter long weekend, a pop-up intersection is being installed at 5th Street and Fitzgerald to test out a new design for the area, which will be part of the 5th Street Complete Street Pilot Project.

Manager of Transportation and Utilities – Engineering, Craig Perry says the changes will be significant and this will allow the city to see how the change impacts road users and adjacent intersections.

The change will narrow the approach lanes to remove turning lanes, reducing the number of cars that can arrive at the intersection at the same time. Perry notes this will help shorten up the crossing distance pedestrians have to cross.

Perry says the goal is to have the changes in place for six months, but it can be removed sooner if a major issue is identified.

For more details on the Complete Streets Project, visit: courtenay.ca.