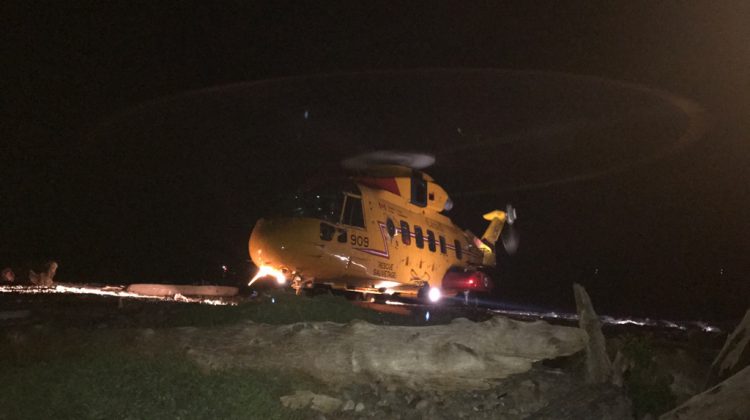 442 Transport and Rescue Squadron out of 19 Wing Comox assisted in a major rescue over the long weekend.

A CH-149 Cormorant helicopter was tasked to respond by Victoria’s Joint Rescue Coordination Centre (JRCC) on Sunday. Crews responded in the late evening at around 10:15 PM and found a fallen male near Side Bay on the Brooks Peninsula.

Reports say the young male, in his early 20’s, sustained possible spinal injuries and was unable to move. The patient was taken to Comox at approximately 1:00 AM and transferred to hospital by ambulance.

No word on his condition is known at this time.