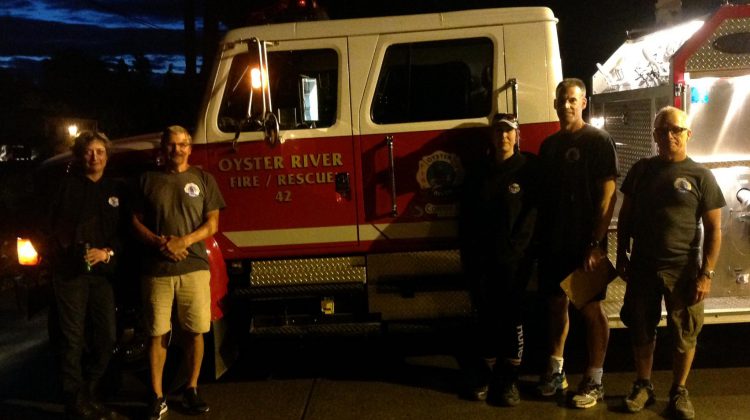 A crew from Oyster River Fire has been deployed to help with the wildfires in BC’s Interior.

The call came in Saturday night, asking for resources to go to 150 Mile House.

“We got a request from the Fire Commissioner to send one of our engines and a crew,” says Fire Chief Bruce Green. “The deployment is for six days. If it’s required to be longer than six days we’re going to send another crew over to replace them.”

Green notes the deployment will not affect the department’s ability to respond to local calls, “We would not be sending our crew over there or our engine over there if we felt we were unable to provide protection to our taxpayers.”

Green notes the mutual aid agreement with other departments also provides the ability to back-fill resources, should there be a major event.

That mutual aid agreement was called upon on Saturday afternoon, after a wildfire broke out in Comox, with multiple departments, including Oyster River, sending assets to assist.

Green says it’s very important that departments are able to provide support to each other – both locally and across the province. “We’re all there to help and prevent loss and suffering, so we all have to do what we can to do that.”

Comox and Courtenay Fire have also sent crews and equipment.