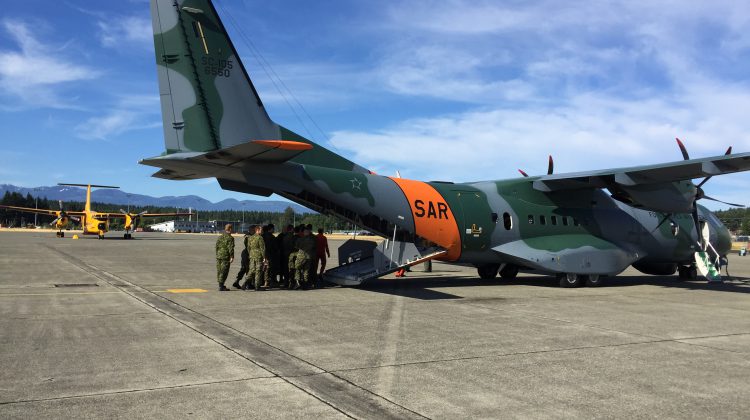 Search and Rescue crews at 19 Wing got the chance to check out an example of their new fixed-wing plane.

The Airbus C-295 has been chosen as the replacement for the Buffalo search and rescue plane.

The new plane has a longer range and will have a new sensor package with cameras and radar to assist with search and rescue missions.

A 295, which is used by Search and Rescue in Brazil, made a stop in Comox as part of a world tour.

Lieutenant-Colonel of 442 Search and Rescue Squadron, Bryn Elliott says it’s great for the chance for the crew and technicians to see the aircraft first-hand.

“There’s a lot of excitement,” says Elliott. “We’ve been flying the Buffalo for 50 years this year, so it’s nice to see something new on the ramp.”

Three will be based at 442, while the other two will be at the training school, which will be built at 19 Wing.