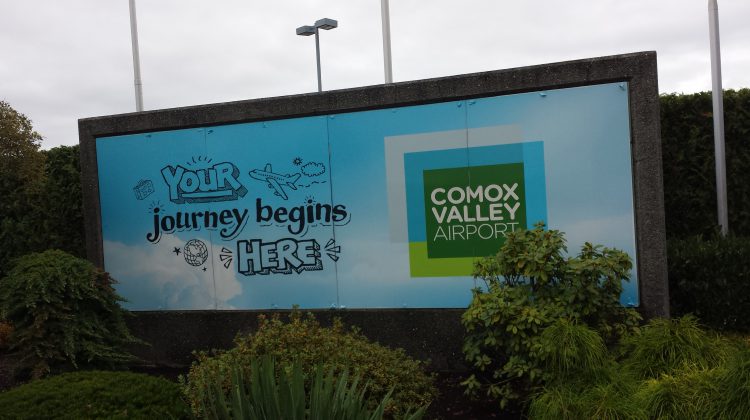 File photo of the welcome sign at the Comox Valley Airport. Photo by Justin Goulet/98.9 The Goat/Vista Radio.

A plane headed to Vancouver was struck by lightning on Monday night.

Shortly before 7:30 PM, Pacific Coastal Airlines flight 713 was hit by lightning about 20 minutes outside of the Vancouver International Airport (YVR). The flight had departed from the Comox Valley Airport (YQQ) at 7:07.

27 passengers and 3 crew members were on-board, and an emergency was declared.

However, crews were still able to successfully land the aircraft. Declaring an emergency gives the plane priority landing from air traffic control.

YQQ CEO Fred Bigelow says although lightning strikes sound dramatic, they usually aren’t too serious. Although not common, they do happen from time to time.

There were no injuries reported, and YVR was the plane’s final destination.