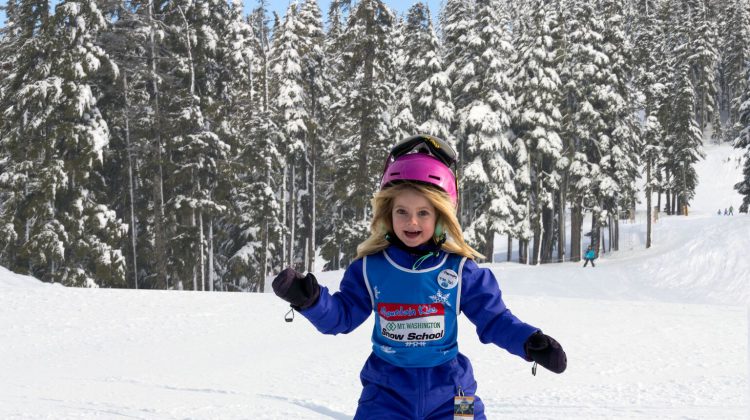 6-year-olds will be able to ski for free at Mount Washington this winter (courtesy Mt. Washington)

This winter, 6-year-olds are to be included in the tots program and will ski free for the season.
After implementing successful industry-leading programs like the Rookie Year (a conversion program for never-ever skiers and snowboarders), the resort says they take pride in being a continued advocate of snow sports accessibility for young children.

Spokesperson Sheila Rivers notes that by “ski”, they include all winter sports like snowboarding and cross-country, etc.

Stimulation of the local and provincial economy is also an added touch, the resort says. British Columbia ski areas are a significant contributor to the overall health of the tourism industry and preservation of jobs in the province.

For more about the programs offered at the resort, visit the Mount Washington website at www.mountwashington.ca.