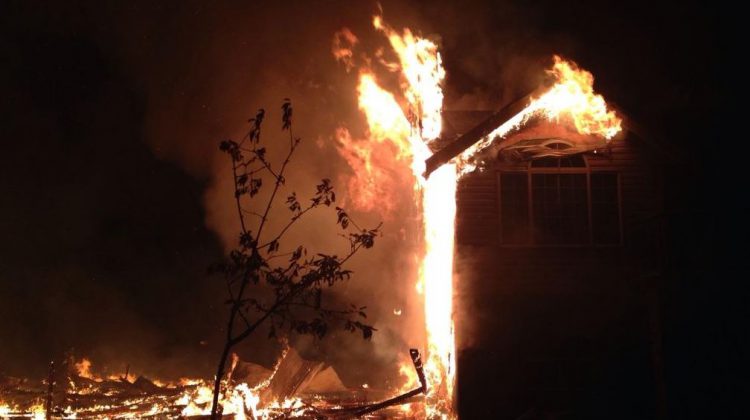 It was a busy night (and morning) for the Oyster River Fire department.

They teamed up with the Courtenay department to put out a residential blaze in the back-end of Macaulay Road in Black Creek.

Oyster River Fire Chief Bruce Green says they responded to the call shortly before 2:00 AM. He says that on arrival, a shop had burned to the ground and the blaze had spread to the residence.

“The attic is totally written off. There’s not much structural damage to the rest of the house, but there is smoke and water damage.”

Fortunately, Green says all occupants (2 residents and 3 pets) were able to escape and no injuries were reported. The cause of the fire is still under investigation.

Green says it took crews about an hour to an hour and a half to knock down the blaze but they were on scene for final clean-up until after 8:00 AM this morning. Emergency Social Services was called in to assist the individuals involved.