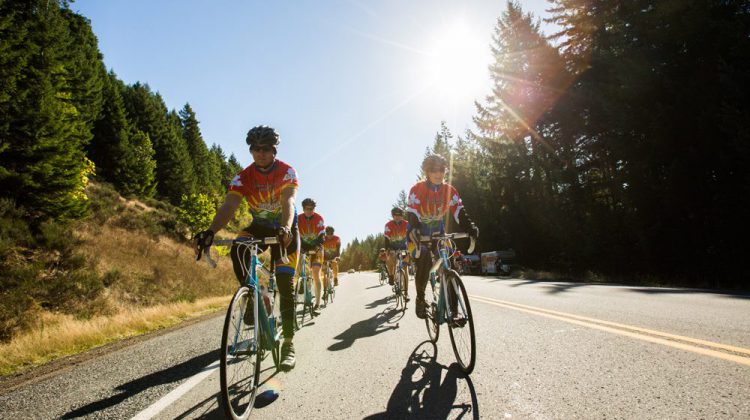 After months of training, riders hit the road as part of the 20th annual Cops for Cancer Tour de Rock on Saturday.

Media Rider with Vista Radio’s 1240 Coast AM, Sandra Boyd, says there are many emotions running through her mind as the Tour gets going.

“I feel excited. I feel anxious, and I feel nervous. Just a ton of emotions are going on through my head right now because everything that we’ve worked so hard for since March is finally coming to fruition.” Boyd says the training has been quite heavy since starting last spring.

“At the beginning of it all, I felt overwhelmed and I felt sore. As it progressed and I got stronger, things got better. I really, really had to learn how to work the hills with my gears so that was very tough.” Boyd notes that as difficult as it was, the training that was provided was in-depth and the trainers did a fantastic job.

She says that there were a number of factors to why she decided to take part in this year’s ride.

“Knowing I can make a difference with kids by raising the money and sending them to Camp GoodTimes and getting to know the families in my [Tri-Port] area that have kids with cancer was a huge deciding factor.”

Boyd notes that before the adventure began, she didn’t know how to even ride a bike, but took on the challenge because she knew she was supporting a great cause.

Riders will be in the Tri-Port area this weekend, covering Port Alice, Port Hardy and Port McNeill. They’ll travel down Island as the days go on, arriving in Campbell River on Tuesday and in the Comox Valley on Wednesday before wrapping things up in Victoria on October 6th.

For more on the Tour de Rock, visit www.tourderock.ca.

To donate directly to Sandra’s efforts, visit her Tour page at www.tourderock.ca/dt_team/boyd/.