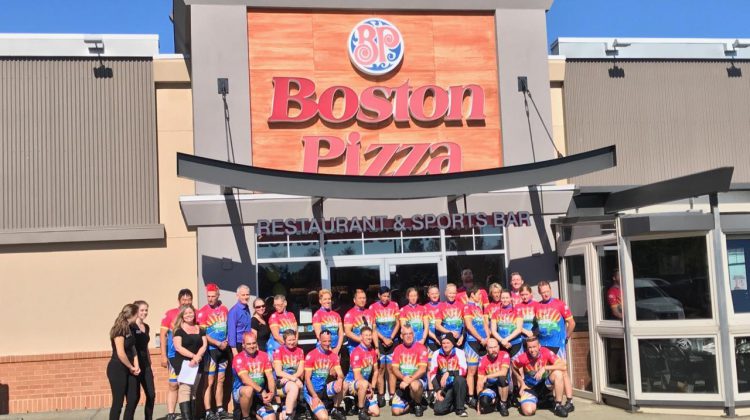 Local RCMP rider Dirk Finkensiep says being a part of the Tour is an honour, and a great opportunity to make a difference in the fight against cancer. He notes that although the ride has been tiring, it’s for a wonderful cause and that’s what keeps them going.

“Things are getting a little bit sore, and I think that’s sort of an around-the-team thing. That’s to be expected and it’s a very small price to pay for something like this. The kids that are fighting the fight [against cancer], they’ve got this on their hands every day. We get some sore legs, we get to go home afterwards so we’re the lucky ones and we want to make sure that they [the kids] can join us and do that as well.”

The Comox Valley RCMP rider says they’ve had the opportunity to meet families affected by cancer, which has been a huge inspiration along the journey.

“Probably the one that has affected me the most was on the very first day, even before we started riding. One of the families started talking to us about their daughter that they had unfortunately lost a couple years ago [to cancer]. That was certainly an eye-opener and a bit of a tearjerker for the entire team before we even got on our bikes, but it all showed us once again why we’re doing this.”

Finkensiep says the community support has been heartwarming, and the crowds have grown as they’ve gone further down Island and as the populations grow. The Tour wraps up in Victoria on October 6th.

Riders will be on hand at the Red Surge Spaghetti Dinner tonight at École Au Coeur de l’île in Comox.

For more on the 2017 Cops for Cancer Tour de Rock, visit www.tourderock.ca.