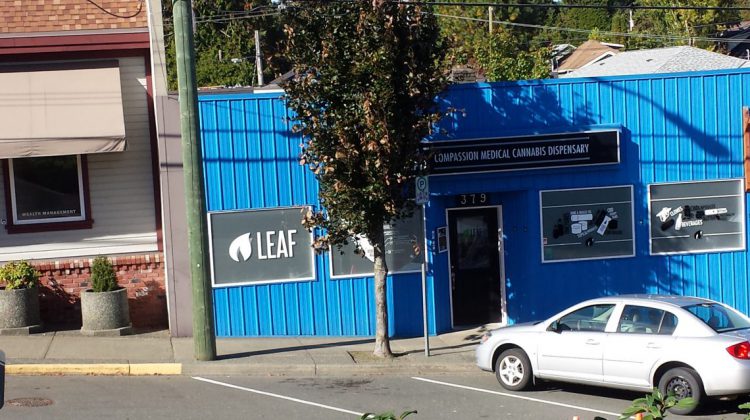 On October 12th, for the second time in eight days, the Comox Valley RCMP’s Municipal Drug Section executed a search warrant on an illegal marijuana store front located on the 300 block of 4th Street in Courtenay. Two individuals were arrested at the Leaf Compassion dispensary while the warrant was being executed.

According to RCMP, the store front had illegally re-opened its doors after being shut down earlier in the month, contrary to municipal and federal regulations.

As a result of the search, investigators found and seized a quantity of “suspected marijuana”, cannabis-infused food, shatter, cash and other evidence to support charges under the Controlled Drugs and Substances Act. Both accused were released on Promises to Appear in Court on a future date.

Constable Rob Gardner of the Comox Valley RCMP says, “as the law stands today, selling marijuana in the manner that it was being sold, in a store front, is illegal.”

In a statement released today, the RCMP says it supports efforts to ensure those individuals permitted by Health Canada to have access to medicinal marijuana for medical purposes, do have that access. The current regulations do not provide blanket legality to produce, use, or traffic marijuana, and the RCMP will continue to enforce the laws of Canada with respect to Trafficking in a Controlled Substance, which includes unlicensed medicinal marijuana sales.