Woman Rescued After Going Overboard from BC Ferry 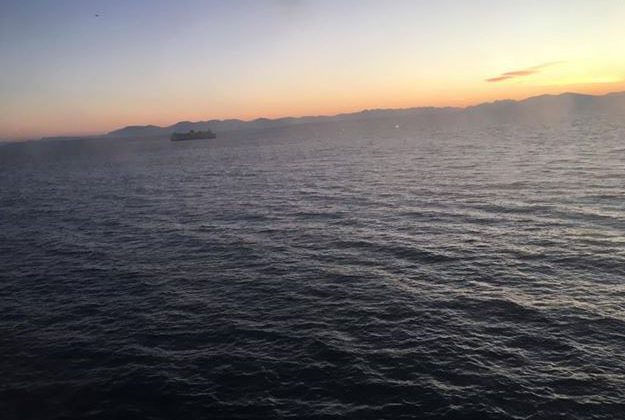 It was a scary time for a BC Ferries passenger Monday night.

After a five-hour search, a woman was found clinging to a life ring in the Georgia Strait waters after going overboard off of the Queen of Cowichan bound for Nanaimo.

Lieutenant Navy Melissa Kia says it was an extensive mission. “The search for the passenger lasted until approximately 10:45 PM. When they were located alive and clinging to a [life ring] over 4 nautical miles away from the original location of the vessel.”

She says the patient was taken to Vancouver by Canadian Coast Guard and was transferred into the care of BC Emergency Health Care Services.

2 BC Ferries, the Coast Guard Hovercraft, a helicopter from CFB Comox and Royal Canadian Marine Search and Rescue were all involved in finding the 41-year-old.

The incident is being investigated by the RCMP.