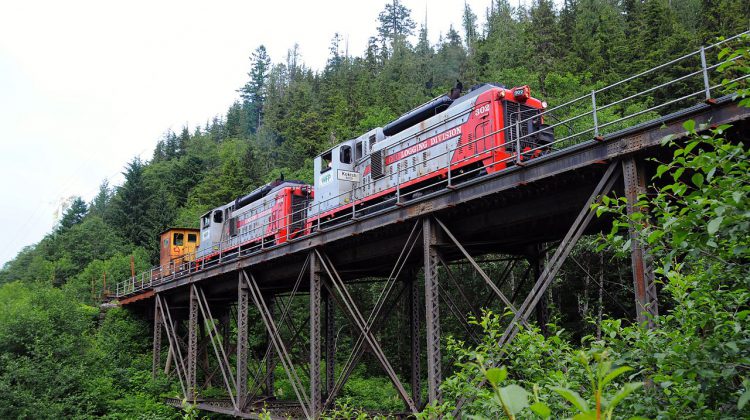 It’s the end of an ear for railroad logging on Vancouver Island.

Western Forests Products (WFP) has officially closed the Englewood Logging Train. The Island’s last logging rail operation made headlines in April when 3 workers were killed and 2 injured after a trail derailed in Woss.

Operations were halted after the incident, and after many months of investigations, WFP has decided to shut down the Railway. According to the company, logs will now be transported by truck at a lower cost to create efficiencies.

The railway was built in 1917 and at its peak, it employed 34 workers and ran 90 kilometres from Vernon Lake, through Woss, and past Nimpkish Lake Provincial Park on route to Beaver Cove.