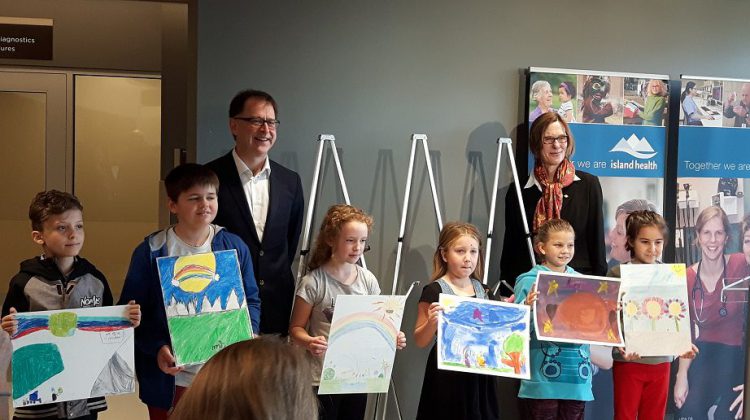 Campbell River’s new hospital had its grand opening on Thursday, days after the official opening ceremony of it’s sister campus in the Comox Valley. Although the hospital has been taking patients since early September, this was the official celebratory ceremony.

Health Minister Adrian Dix and North Island MLA & Minister of Transportation and Infrastructure Claire Trevena were on hand, as were other dignitaries including Campbell River Mayor Andy Adams.

During speeches, those who helped make the project a reality were thanked and the benefits of public healthcare were praised.

In her comments, Trevena recognized the facility as a community hospital for a number of places in the North Island, as well as the community effort it took to ensure it remained in the city of Campbell River.

Dozens of people turned out for the opening ceremony.