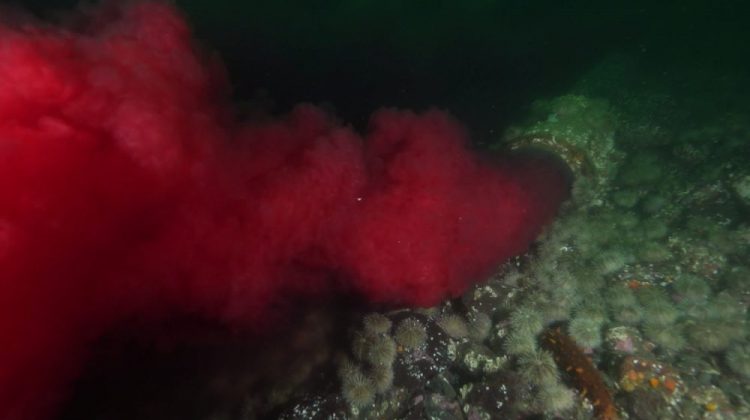 A video showing bloody discharge from a fish packing plant north of Campbell River is making its way around the Internet.

In the video, Campbell films an underwater pipe spewing a red liquid into Brown’s Bay.

He says he took some of the discharge to a lab, where it tested positive for Piscine Reovirus.

A statement on the Brown’s Bay Packing website says it dis-infects its effluent before it’s released into the water “like all plant processing farm-raised Atlantic salmon in B.C.”

The video can be found on Tavish Campbell’s Vimeo page at vimeo.com.