Thousands of hydro users out of power 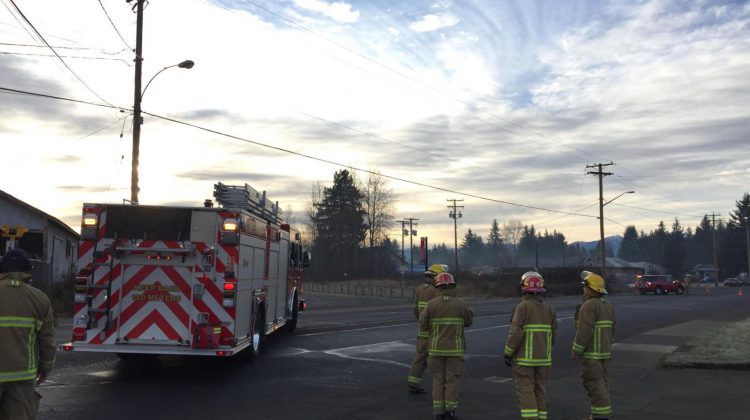 UPDATE: Power has been restored to Courtenay.

COURTENAY, B.C.- BC Hydro crews are on scene at the intersection of Cumberland and Piercy after a power outage affected a number of residents this morning.

Goat News can confirm that power lines are down and the intersection is blocked until further notice.

Anyone on the rotary trail should also avoid that area.

BC Hydro said on its website that 3158 people have been affected in the area South of 3rd Street, West of Comox Road, North of Road A, and East of Mills Road.

That outage is under investigation. Power has been out since 9:02 a.m.

Six customers have been affected on the 4600 block of Cumberland Road. Power has been off since 7:30 a.m. in that area.

That outage is also under investigation.