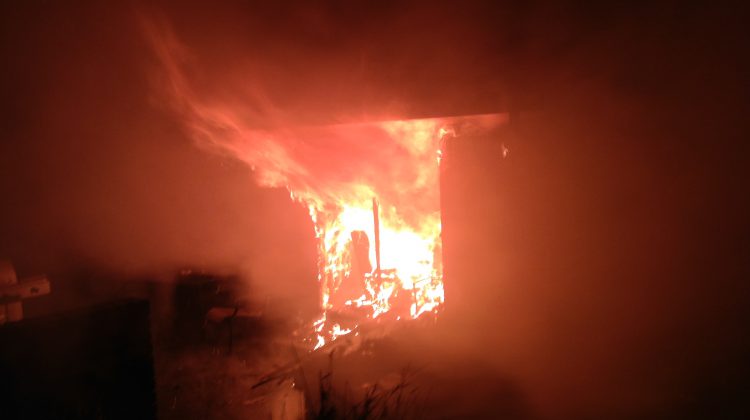 An image of the fire in Oyster River on the night of Dec.14, 2017. Image courtesy of Oyster River Fire and Rescue.

OYSTER RIVER, B.C- A second home in Oyster River has been heavily damaged by fire.

According to Chris Murray, the deputy chief of the Oyster River Fire Department, firefighters were paged out around 11:30 p.m. to a home along Colwin Road. Murray said the home was “fully engulfed” when they arrived on scene.

Around 25 firefighters and two fire engines were brought in to fight the fire, along with one rescue truck. While the home was saved from total destruction, the damage to the interior was severe.

“The house is standing right now, it has a roof, but the inside is quite damaged,” said Murray.

“The flames basically engulfed the whole inside.”

The homeowners were both taken to hospital for examination, due to smoke inhalation. While Murray couldn’t say if the home was a total loss, he didn’t think they would be returning home in the foreseeable future.

“They will not be living there anytime soon, no,” said Murray.

The fire was also the second major incident in the last week for the community, with a duplex fire destroying two family homes on Dec. 12, 2017.

“All we can basically preach is that hopefully people have working smoke alarms”, said Murray.

“They do actually save lives.”