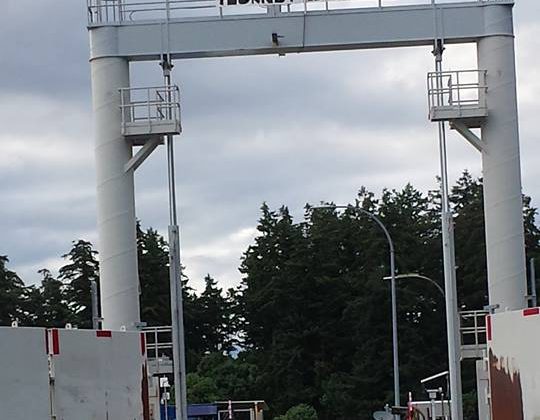 BC Ferries has added sailings to the afternoon schedule on the Denman Island-Hornby Island route. Photo by Justin Goulet/98.9 The Goat/Vista Radio

The company has announced additional sailings on the route between Denman and Hornby Island.

This comes after requests from the public, and numerous discussions with the Denman-Hornby Ferry Advisory Committee.

A 12:20 p.m. sailing from Gravelly Bay (Denman Island) and a 1:25 p.m. run from the Shingle Spit terminal (Hornby) have been added to the afternoon schedule.

“I want to recognize the FAC (Ferry Advisory Committee) and the many residents that have championed the addition of these sailings,” said Mark Wilson, BC Ferries’ Vice-President of Strategy and Community Engagement.

“For BC Ferries, adding these sailings helps us achieve our commitment to connect communities, while providing additional capacity to address increasing traffic demand.”

In the Coastal Ferry Services Contract, the province establishes the minimum number of sailings required annually on each route BC Ferries sails.

“We know they (the new sailings) will be welcomed by so many people.”

The afternoon sailing times for both the Hornby-Denman and Denman-Vancouver Island schedules will be adjusted as of January 1st to provide the most efficient times for travellers connecting between routes, as well as sailing times that are similar to traditional schedules.

More details can be found through BC Ferries’ website.