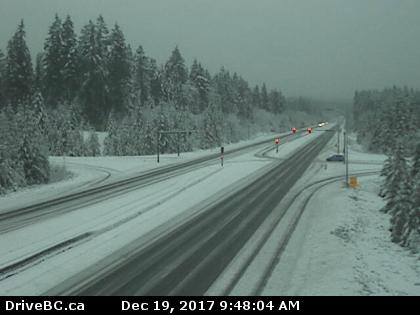 COURTENAY, B.C- A winter storm has left snowy roads in it’s wake south of the Comox Valley this morning.

While the weather has left the main valley communities relatively snow-free, heavy rain is in the forecast, along with snow at higher elevations.

The road up Mount Washington was listed as having compact snow for it’s entire length, with slippery sections.

According to Environment Canada, ten centimetres of snow is expected near sea level from Duncan to Nanaimo, as well as Fanny Bay to Nanoose Bay. 20 centimetres is expected at higher terrain, with two to five forecast for the evening.

As for the Greater Victoria area, rain is expected along with snow at higher elevations, with the Malahat getting five to ten centimetres today and another five in the evening.