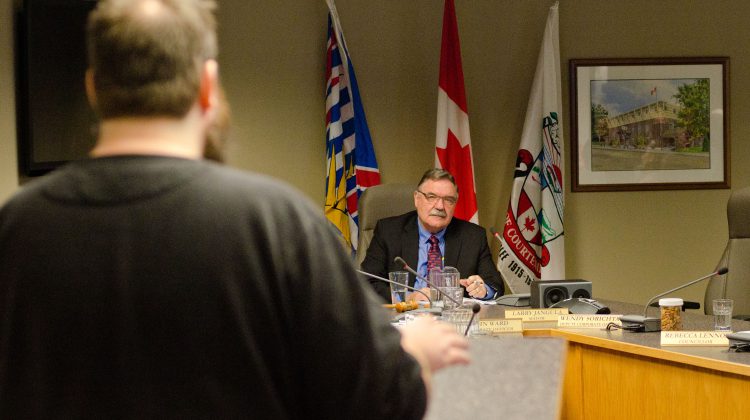 COURTENAY, B.C.- The possible delay of marijuana legalization is being welcomed by Courtenay mayor Larry Jangula.

In the meantime, Courtenay mayor Larry Jangula is happy with the possibility of a delayed date, saying it was great news “on many fronts”.

“I think there is real significance in Canada Day, and it’s probably not the best date to have chosen.”

“Of course it’s a good thing (a delay),” said Jangula.

“It’s going to happen, it’s inevitable (legalization). I think we need to have some control over what’s going on, and I really think that once again, the municipalities, who get eight per cent of the tax dollars in Canada, will get stuck with all of the downstream problems that relate to this, so far, there has been no funding allocated to that at all.”

The municipal government in Courtenay has had previous issues with unlicensed marijuana retail.  The Comox Valley RCMP also conducted multiple raids on an unlicensed outlet that attempted to start operating in the city in previous months.

On Monday, council heard a presentation from Travis Lane, a director of the BC Independent Cannabis Association, who was asking for the council to think of marijuana sales in the same way as liquor sales. Lane also said his group would abide by what municipalities decided on the issue.

Jangula indicated he was receptive to parts of Lane’s message.

“Part of what he said was that he and his group would go along with whatever the municipality wanted, and that’s a far cry from what we’ve heard before.”

He was less receptive to Lane’s other ideas, such as growing and warehousing operations of marijuana being allowed in the city.

“He indicated that we should have these large grows right in the city somewhere,” said Jangula.

“That to me is a non-starter, personally.”

A firm date in July for legalization has not yet been announced.