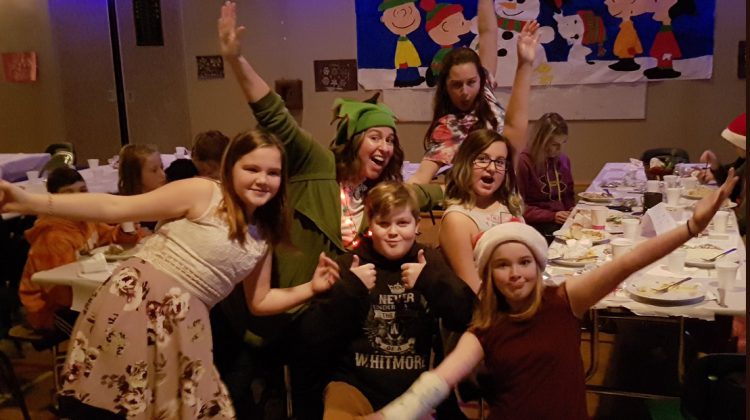 COURTENAY, B.C- A Courtenay school has marked the season with an annual lunch.

Lake Trail Middle School hosted their annual lunch on Friday afternoon, with students sitting down to a Christmas dinner in the school’s gym. According to information released by the school district, around 320 children were fed by 40 volunteers during the lunch.

18 turkeys, as well as 220 pounds of potatoes, vegetables, and gravy were used during the meal, with desserts made by the food classes at Lake Trail. Uneaten food was planned to be put aside for donation.

Food donors for the event were Thrifty’s, McDonalds, Starbucks, and Hot Chocolates.

Before Friday’s meal, Courtenay Elementary hosted a lunch on Wednesday. The school district thanked Plates Eatery and the Rotary Club of Courtenay, as well as Waypoint Insurance, for their support of the event.

“Our school district is blessed to have such a strong sense of community of caring, sharing individuals and businesses,” said Mary H. Lee, a communications consultant with School District 71.