No injuries after house fire in Courtenay 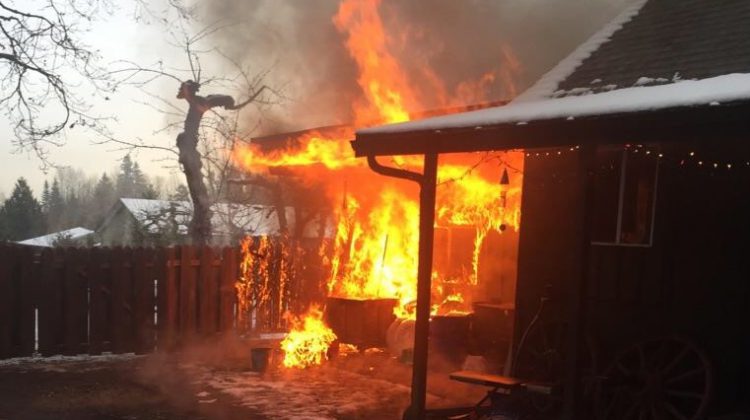 A fire occurred at a home on Arden Rd. this morning in Courtenay. Photo by James Wood/98.9 The Goat/Vista Radio

COURTENAY, B.C.- A “heavy exterior fire” caused some damage to a home on Arden Road in Courtenay this morning.

Courtenay Fire Chief Don Bardonnex said they received the call at around 9:56 a.m. He said two occupants were at the residence at the time of the fire. They both escaped without injury.

“There’s a rec room at the back of the house,” he said.

“Most of the damage is to the exterior and the eaves, there’s a little damage inside the house.”

He added there was some smoke damage to the home, but the rest of the house was saved.

“The owners are very, very happy with the response.”

The investigation into the cause is ongoing, but Bardonnex said the fire started in the chimney area of the home. He reminds residents to take proper care of their chimneys.

“Make sure that when you clean your chimneys, that you remove the products that you clean out of them,” Bardonnex said.

“A lot of people just brush their chimneys and all the debris falls to the bottom and they don’t bother doing the clean-out, and all you’re doing is moving the fuel from one point to another, so make sure that gets cleaned out.”