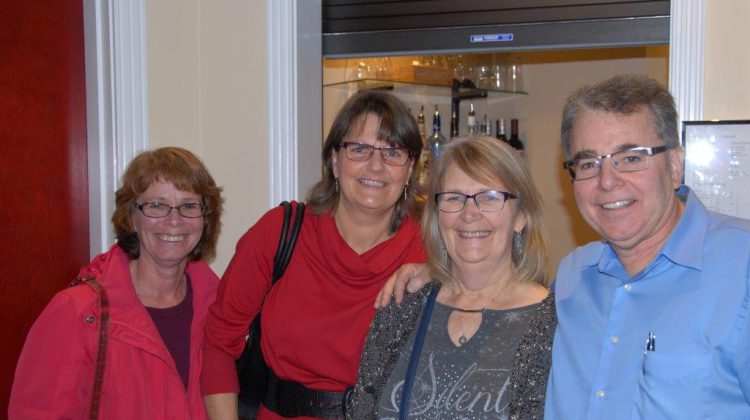 Allan Douglas was surrounded by over 150 friends, family and school district colleagues at his retirement function held in December including some of the members of the ‘StrongStart’ team, from left to right Phylis Edgar, Carlen Steeves and Colleen Friendship. Image supplied by SD71.

COURTENAY, B.C- A veteran educator of the Comox Valley has retired.

After a 40 year career in education, Allan Gilbert Douglas has stepped down from his position as the Director of Instruction, Elementary Education in the Comox Valley School District (SD71). He had held the position for the last 12 years, and officially retired on December 22, 2017.

“It was a retirement highly anticipated, one day expected but, most certainly, hard to accept,” read a release from the school district.

“Douglas had been serving and influencing generations of students as a teacher, a principal and then as a senior administrator.”

Douglas had started his career in a one room schoolhouse in Sinclair Mills, in the Prince George School District back in 1978. Since he was the only teacher, he was promoted to principal and served for three and half years.

He then went to Denman Island Elementary in 1981, and stayed with SD71 for the rest of his career. He has served as the principal for Denman, Royston, Glacier View, Valley View and Ecole Puntledge Park.

“Since first meeting Allan Douglas 10 years ago, he has continually inspired me and always challenged us to do our best,” said Patricia Hart an SD71 teacher, in the release.

“He encouraged us to build relationships with everyone and to make a difference in the lives of those we teach, those we interact with daily.”

Despite retiring from full-time work, Douglas will stay on with the district on a part-time basis to assist with Early Learning.