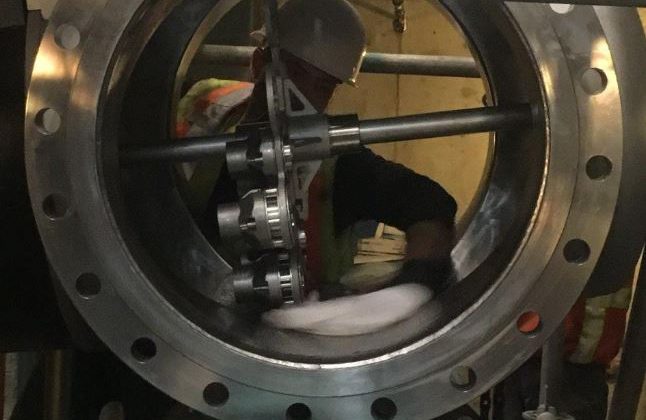 UV equipment has been installed at the existing chlorination station. Photo courtesy CVRD.

COURTENAY, B.C- The Comox Valley Regional District wants to know what you think about borrowing money.

The regional district launched what’s known as an “Alternative Approval Process” on Thursday, looking for Valley resident’s input into the borrowing of $29 million, intended to fund part of the Comox Valley Water Treatment project.

The total cost of the project is pegged at around $110 million.

The district is asking for input into whether or not it should borrow the planned 29 million.

“Those who do not support borrowing the $29 million in funds that are required to complete the new water treatment system may submit an elector response form,” stated the district, in a news release.

“The number of eligible electors has been determined to be 47,845. If fewer than 10 per cent (4,785) of electors submit forms by the deadline, the Comox Valley Regional District may proceed with borrowing the necessary funds.”

According to James Warren, the general manager of Corporate Services for the CVRD, the project could face delays if approval isn’t given for the borrowing.

If you want to offer your opinion, you can head to their website, or pick up forms from their offices on Comox Road.