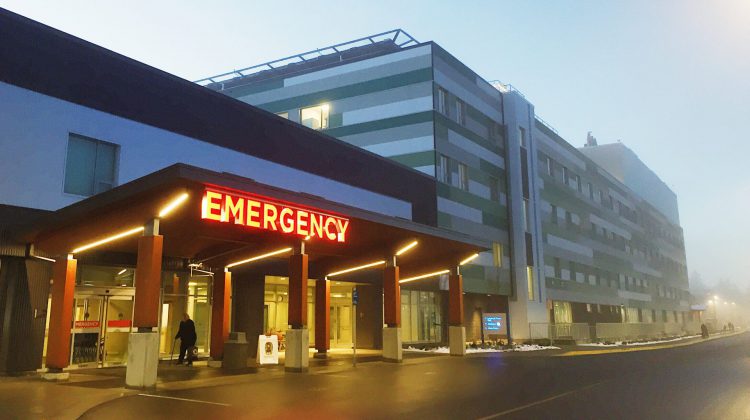 COMOX, B.C- Island Health has acknowledged a series of issues with the new hospitals in the Comox Valley and Campbell River.

A series of reports from Decafnation, a blog run out of the Comox Valley, described multiple problems currently affecting the new facilities, running from planning and design issues to low employee morale.

Back in January, Jeff Beselt, the Executive Medical Director of Island Health, spoke to 98.9 The Goat about the reports and issues at the hospital.

While he did state that not everything in the Decafnation report was accurate, he acknowledged many of the issues being reported were happening in both hospital campuses. He also said that planners “did not get everything right”, while defending the actions taken by the health authority.

Now, a new statement from Island Health is appearing to echo Beselt. The document was posted to the Island Health website on Friday, and starts off by describing the numerous improvements to local healthcare that came with the new facilities.

“Planning, construction and the opening of the North Island Hospital campuses was a huge undertaking,” read the statement.

“While we know there are inaccuracies in some of these statements, we also acknowledge there are truths,” read the statement.

“This is a normal part of a change of this magnitude and we want to assure our staff, physician partners, patients, volunteers and the communities that the hospital serves, that we are listening and working very hard to make necessary improvements.”

The statement goes on to say that Island Health is working to “identify and improve deficiencies”, and “streamline building systems”.

“This is an ongoing process, expected with the opening of any new hospital,” read the statement.

“Island Health staff and physician partners had similar experiences leading up to and after the opening of the Patient Care Centre in Victoria in 2011.”

It also touches on the design process, mentioning the involvement of more than 35 user groups and more than 300 people.

“This was not a simple process, or one taken lightly,” read the statement.

“We know that while the North Island Hospital has improved care and care delivery in many ways compared to our previous hospitals, we did not get everything right. We are continually working with our teams to learn and improve. With a project budget of more than $600 million, hospital design involved many tough decisions, balancing health care demands with responsible use of taxpayer dollars. Many initial decisions were made to advance work and planning, followed by the opportunity after move-in to the hospital campuses to re-evaluate those decisions and course correct as required.”

“Like all other Island Health acute care facilities and hospitals across the province, in recent weeks both North Island Hospital campuses have been experiencing increased patient volumes due to seasonal illnesses,” read the statement.

“This, coupled with patients awaiting placement in long term care facilities, does create staffing and bed challenges. To mitigate these seasonal surges in patient volumes, temporary overflow patient care areas are opened and all patients are cared for in appropriate care spaces and with increased staffing levels. While Island Health acknowledges that this is not always ideal for patients and staff, patients can be assured they will continue to receive the safe, quality care they have come to expect from their health-care professionals.”

A focus was placed on the Comox Valley campus, which was said to be experiencing high patient volumes in recent weeks due to seasonal illnesses. The average occupancy from October of 2017 to the end of January 2018 was 110 per cent, based on 129 beds.

A need for more long-term care capacity was also acknowledged.

“Work is underway to issue a Request for Proposals and we anticipate this will move forward within the next few weeks,” read the statement.

“This new capacity will help meet the needs of the community. Island Health also recognizes that it will take approximately two years to open this new capacity once the RFP process and design is completed. In the interim, Island Health is adding resources in the community to better support people to live in their own homes longer – last year home care visits totaled 38,306 and we are projecting an increase of more than 1,800 home care visits this year.”

98.9 The Goat has reached out to Island Health for more comment on this matter.

Editor’s Note: A response from Island Health regarding inaccuracies in the Decafnation reports included the following main points.

The initial Decafnation article stated that “The P3 arrangement means that VIHA provides the operating funds for the hospital. The building itself is leased from Tandem Health, the private partner.”

This statement is inaccurate. The building itself is owned by the Province of BC, and is operated by Island Health. This inaccuracy is also repeated in Article #3.

The first article also states that the cost of the North Island Hospital, Comox Valley was $350 million.

The cost was $331.7 million. This inaccuracy is also repeated in Article #2.

The first article also states that St. Joseph’s General Hospital was over capacity on the day it closed.

Patient numbers were reduced for purposes of the move to NIHCV. SJGH had 94 acute patients on move day and the SJGH bed capacity was 122.