One man dead after cabin fire south of Campbell River 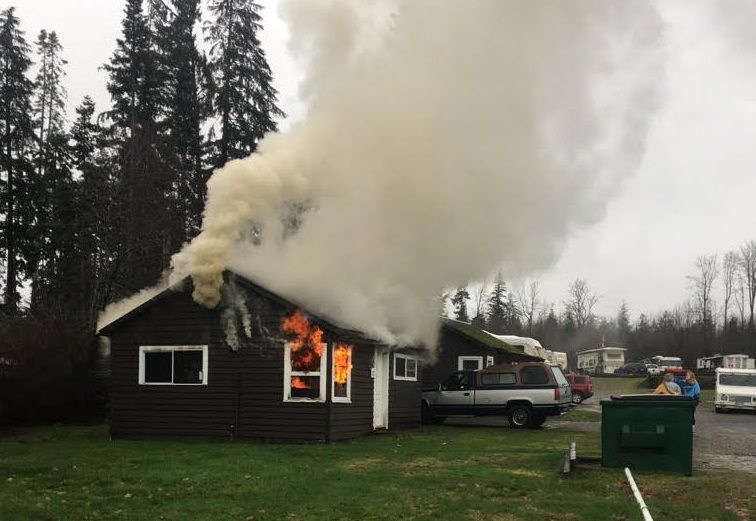 CAMPBELL RIVER, B.C- An elderly man has died after a fire on Wednesday morning.

The blaze broke out before midday north of Oyster River, at a cabin in the Glen Alder RV Park between York Road and Iron River Road on Highway 19a.

The flames caused a shutdown of the route while fire crews dealt with the scene, re-opening once the fire was knocked down. The BC Coroners Service has now confirmed that one man died in the incident. He is believed to be in his late 60s to early 70s.

An eyewitness to the fire, Daniel Noga, spoke with 98.9 The Goat about what he saw. He had pulled over to the scene prior to the arrival of fire crews.

“I looked in the windows, and all the rooms were filled with smoke.”

Noga stated that five or six people who lived nearby were outside when the fire was burning, with a younger woman calling the fire department. He said he was told by onlookers that the man who lived inside hadn’t left the cabin.

“They were hollering outside, calling his name, and there was no response,” said Noga.

He later left the scene prior to the arrival of firefighters, not wanting to get in their way.

The Coroners Service has not released any additional details.

Comox Valley Shows Up to ‘Feed the Valley’

Comox Valley Shows Up to ‘Feed the Valley’