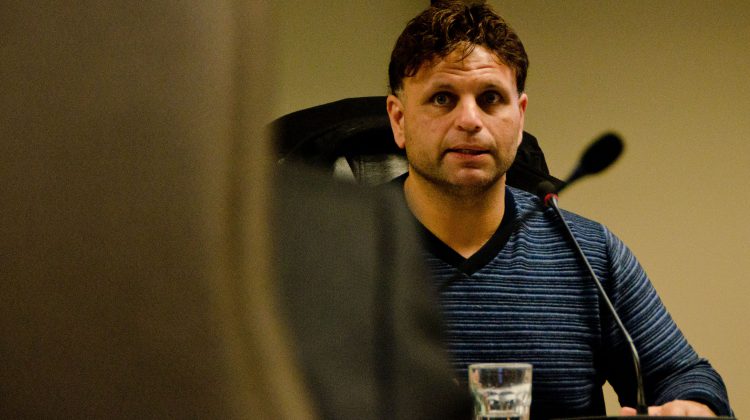 Councillor Manno Theos is pictured during the council meeting at Courtenay City Hall on Feb.5, 2018. Photo by James Wood/98.9 The Goat/Vista Radio

COURTENAY, B.C- The City of Courtenay wants to find a safe way to cross Ryan Road.

During the latest meeting of council on Monday evening, a motion was brought forward by councilor Doug Hillian, asking for the city to “engage” with the provincial government on the engineering of a safe crossing along Ryan Road, between North Island College and Cowichan Avenue.

The topic of enhancement for pedestrian, scooter and cycling access along Ryan road between the highway and Lerwick Road was also included.

During discussion about the motion, concerns were raised about the provincial jurisdiction of the route, as well as the possible costs that could be incurred by the city if council wanted to make any changes, and the possibility of traffic being slowed down by more controls at the top of the hill.

Despite these concerns, the motion was passed by council. Courtenay’s municipal government will be requesting that funds be used by the province to enhance the route, with a meeting being sought with provincial officials in support of the request.

According to Hillian, the city had been discussing the matter since the late fall, and a crossing would help people living in the area around Ryan Road such as students. 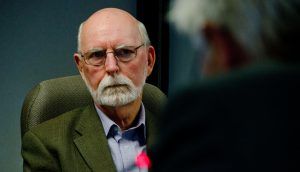 “It’s a fairly significant walk up to Lerwick, which is the only safe crossing,” such as Hillian.

“This is going to become an increasing issue in the years to come as the area grows, and the college adds additional programs.”

One of the possible solutions for a pedestrian crossing that came up during council’s discussion was an overpass over the road, which was raised by councilor Manno Theos. Hillian indicated doubts about the idea when speaking with 98.9 The Goat.

“I don’t know whether an overpass makes more sense, both economically and from a safety perspective, than some type of controlled intersection,” said Hillian.

“There is always concern about having traffic stop and backing up on a busy road, but I think sometimes those concerns are outweighed by the need for some type of pedestrian safety.”

Reached for comment on Thursday, Theos defended the idea of an overpass.

“If they’re (the province) willing to put the funds for an overpass, it would be the one solution, in my opinion, that could solve the problem,” said Theos.

“I would not see it coming from the municipal government dollars at all.”

He agreed with Hillian that an overpass would be more expensive.

“There’s no question about that,” said Theos.

“But the controlled intersection, we are told by all engineering, and we are elected officials, not engineers, we’re told that an engineered crossing there cannot be accomplished. That’s why the solution is a challenging one.”

Above all, Theos did not want the city to be taking on the costs of improvements to Ryan Road.

“I think the provincial government has to take the lead role in finding a solution to that roadway,” said Theos.

“We can be there assisting them, but they have to be the ones with the money and the desire to get that solution accomplished.”