No major injuries after pedestrian struck in downtown Courtenay 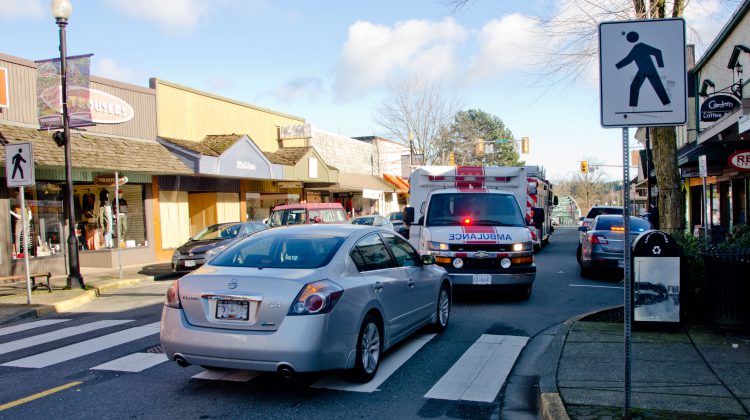 A car is left parked over a pedestrian crossing in downtown Courtenay after a pedestrian was struck on Feb.9, 2018. Photo by James Wood/98.9 The Goat/Vista Radio

COURTENAY, B.C- A young woman suffered minor injuries after being hit by a car on 5th Street today.

Around 11:00, emergency services were notified of a pedestrian struck by a vehicle near the intersection of 5th Street and Duncan Avenue. The woman, in her late 20’s, had been crossing the street at the time of the incident.

An elderly male driver failed to stop while heading east towards Cliffe Avenue, and hit the woman as she was walking. According to an eyewitness, she was thrown a short distance and knocked down.

Emergency services responded, with the fire department, RCMP, and an ambulance heading to the scene. The woman was able to walk with emergency personnel to a nearby store, where she was treated for minor injuries.

Traffic was slowed significantly in the downtown area while emergency services responded.

The driver remained at the scene.

We have reached out to the RCMP about the consequences for the driver.