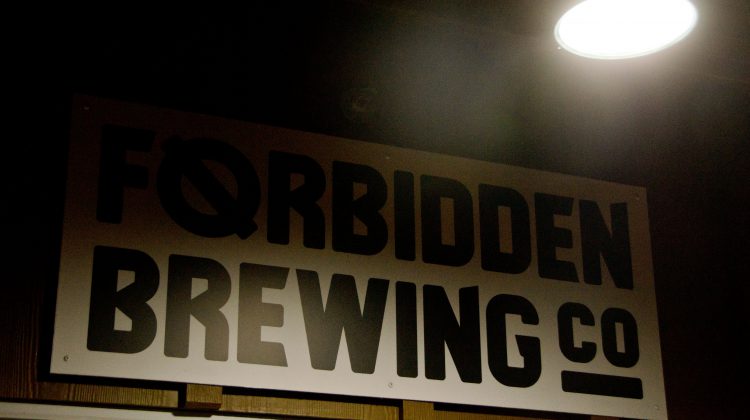 The exterior sign of Forbidden Brewing, on the evening of Feb.9, 2018. Photo by James Wood/98.9 The Goat/Vista Radio

Late last week, local brewery Forbidden Brewing was locked out by their landlord. The brewery was operating out of a commercial space in the Best Western Hotel, near Courtenay’s downtown.

According to Michael Vincent, the owner and operator of the brewery, the lockout was unexpected, and came in the midst of a series of legal battles between the business and their landlords.

Notices tacked to the door of the business stated that the brewery was not complying with their lease agreement for various infractions. An owed amount of “additional rent” in the amount of $1,982.47, was also cited.

98.9 The Goat has since reached Rick Browning, the general manager of the hotel, for comment on the lockout. On Tuesday, Browning stated that the brewery hadn’t paid outstanding rent, which led to the termination of their lease and the lockout.

However, Vincent had issued a press release over the weekend concerning the lockout, which had indicated local breweries were refusing to sell beer to the Flying Canoe, a restaurant attached to the hotel.

“In support of Forbidden Brewing, local breweries are refusing to sell any more beer to the Flying Canoe, which is owned and operated by The Best Western Hotel in Courtenay,” read the press release’s first line.

Darren Adam, the owner of the Cumberland Brewing Company, didn’t comment on the possibility of a sales boycott. However, he said that the situation was “unfortunate”, and hoped that it would be resolved as soon as possible.

According to Marissa Johnson, the marketing manager at the Gladstone Brewing Company, owners of the business were unaware of any sales boycott. She stated that Gladstone had no further comment, until “they know more about it”.

As for Browning, any mention of a sales boycott was “absolutely not true.”

The lockout remains in place as of this publication.