Woman taken to hospital after running herself over 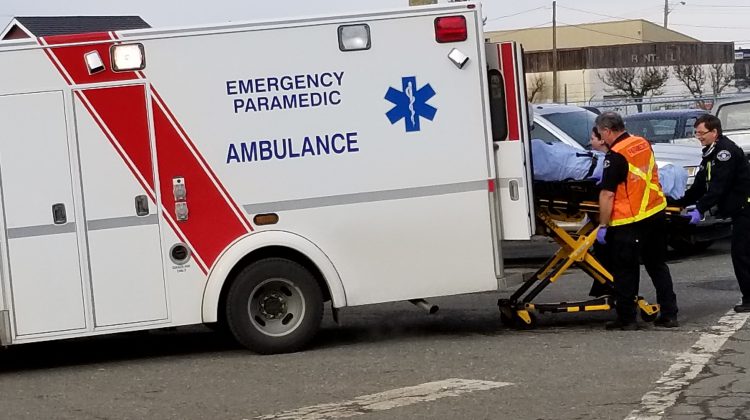 Paramedics load a female driver into a BC Ambulance on Monday, Feb. 19 2018. Photo by Justin Goulet/98.9 The Goat/Vista Radio.

COURTENAY, BC- A woman was sent to hospital this afternoon after running herself over.

The incident happened outside the Community Thrift Store on Cumberland Road, in Courtenay, shortly after 2:00 p.m.

Courtenay Fire Rescue, the BC Ambulance Service and Comox Valley RCMP responded to the scene.

Courtenay Fire Chief Don Bardonnex said the female driver had put her car in ‘reverse’, instead of ‘park’, in the thrift shop’s parking lot. When she got out, the car ran her over, causing some damage to her leg.

The extent of that damage was not revealed to 98.9 the Goat. Her current condition is not known.

She was taken away from the scene by BC Ambulance.