Snow in the forecast for Comox Valley 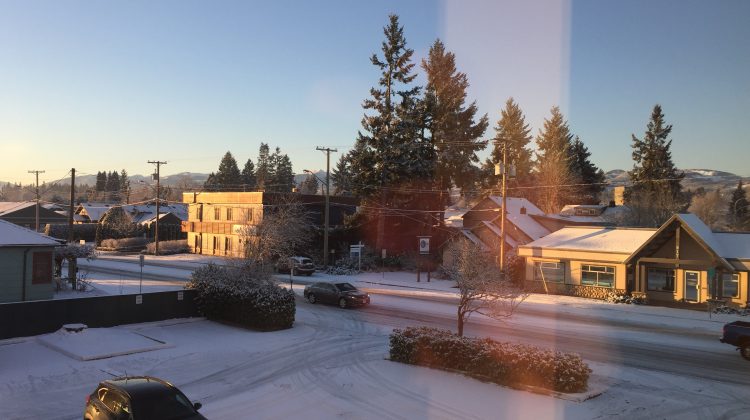 A photo of the weather conditions this morning from the 98.9 offices. Photo by James Wood/98.9 The Goat/Vista Radio

COMOX, B.C-  A special weather statement has been issued for eastern Vancouver Island.

According to the statement, the sunny and dry weather is set to end tomorrow, as a trough of low pressure moves south along the coast.

“Moisture associated with the trough will result in snow beginning early on Friday morning,” reads the statement.

“With the temperatures expected to rise above freezing on Friday afternoon the snow will likely change to rain or become mixed with rain over most areas. Snowfall amounts will be quite variable with the highest accumulations possibly reaching 5 to 10 cm by late Friday afternoon.”

The following areas are affected;