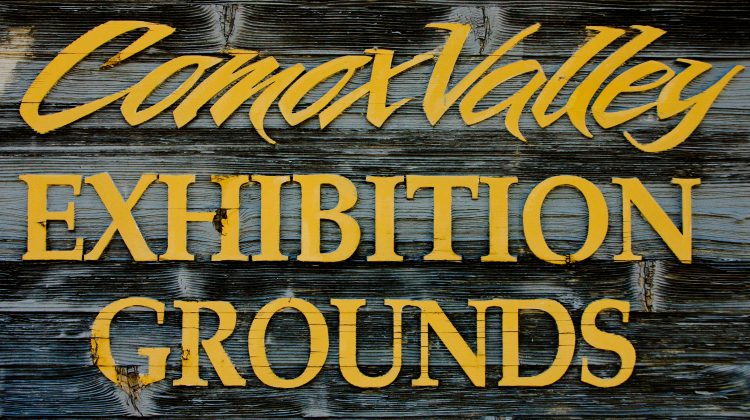 A photo of the Exhibition Grounds sign on March 15th, 2018. Photo by James Wood/98.9 The Goat/Vista Radio

COURTENAY, B.C- An apparent increase in rabbit deaths at the Comox Valley Exhibition Grounds has the local SPCA chapter on edge.

After 98.9 The Goat reached out to the chapter, manager Emily Priestly confirmed that the SPCA had been getting reports about dead rabbits at the grounds, though she couldn’t give an exact number for how many.

She said that if any residents encountered a deceased rabbit at the grounds or other areas of the Valley, they should reach out to the Ministry of Forests, Lands and Natural Resources.

The provincial government has issued warnings about rabbit deaths on Vancouver Island in recent weeks, tied to an outbreak of highly contagious and deadly rabbit hemorrhagic disease, centred in Nanaimo.

Priestly stated that the local SPCA hasn’t gone down to the fairgrounds to check the area, for fear of spreading any disease.

Ashleigh Masini, a resident of the area who frequents the exhibition grounds, indicated that she had seen a major drop in the rabbit population over the last few days.

“They used to be all over the grass down here, and I haven’t seen one in a couple of days,” said Masini.

She said that users of the grounds have been finding deceased rabbits “on the grass, around the edge of the bushes, and under the bleachers”.

“All the places that they would usually be,” said Masini.

When reached for comment, a spokesperson for the Ministry of Forests, Lands and Natural Resources indicated the ministry had no reports from the Courtenay area about abnormal rabbit deaths.

Priestly told 98.9 The Goat that she’s left the ministry voicemails.