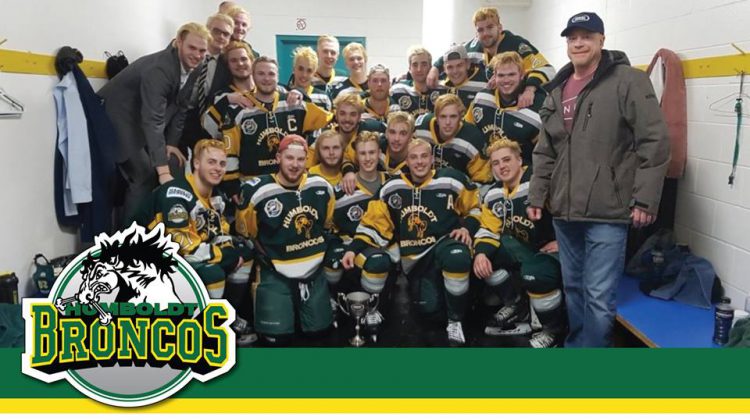 POWELL RIVER, B.C. – The Powell River Kings will be holding a moment of silence this Sunday at 12:00 p.m. to pay tribute to the Humboldt Broncos.

The Junior A hockey club’s team bus crashed into a semi-truck north of Tisdale, Saskatchewan on Friday.

RCMP confirmed 15 fatalities and 14 injuries in the crash.

Broncos’ head coach Darcy Haugan, a native of Peace River, Alberta, passed away in the collision. The team was on its way to Nipawin for game five in their SJHL semi-final series.

The Powell River Kings BCHL club will pay tribute and honour those impacted by the incident at Hap Parker Arena tomorrow. The team will also be collecting donations from attendees to the memorial. The Kings will match donations.

Teams across the country have shown support for the Broncos. The following statement was posted to the Campbell River Storm’s Facebook page following the tragedy.

A GoFundMe page has also been started to support those affected. That can be accessed through this link.