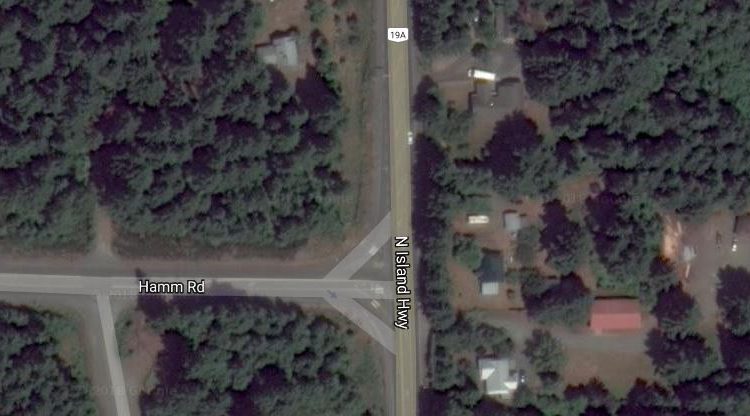 Oyster River Fire responded to a two-vehicle collision at Hamm Rd. off of Highway 19A Wednesday morning. Photo sourced from Google Maps.

BLACK CREEK, B.C. – A two-vehicle collision shut down a section of the Old Island Highway in Black Creek Wednesday morning.

Oyster River Fire’s deputy chief, Chris Murray, said it appeared as though one vehicle was traveling southbound just after 10:00 a.m. this morning when it collided with a vehicle that was turning up Hamm Road. He said personnel were on scene to safely direct drivers around the accident scene.

“Three people (were involved) altogether, (and) two were taken to hospital with minor injuries,” he said, speaking with 98.9 the Goat after the incident.

Murray said crews returned to the Oyster River fire hall at around 11:45 a.m.