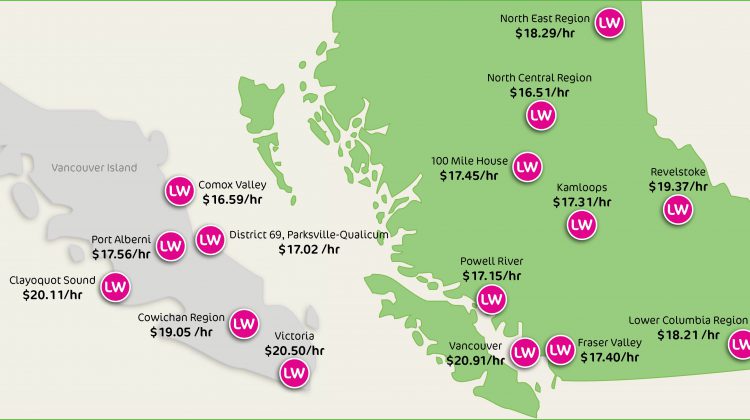 That’s according to numbers released by the Living Wage for Families campaign. A living wage is the amount someone has to earn to meet the actual costs of living in a specific community.

Nine communities in British Columbia were part of this year’s report, including the Comox Valley and Powell River. In the Valley the living wage this year is $16.59 an hour, up from $15.96 last year. In Powell River it’s up to $17.15 an hour, increasing from $16.75 last year.

For comparison, the minimum wage in British Columbia right now is $11.35 an hour. It’s going up to $12.65 on June 1st. The report says child care and housing are the two biggest costs in the living wage calculation.