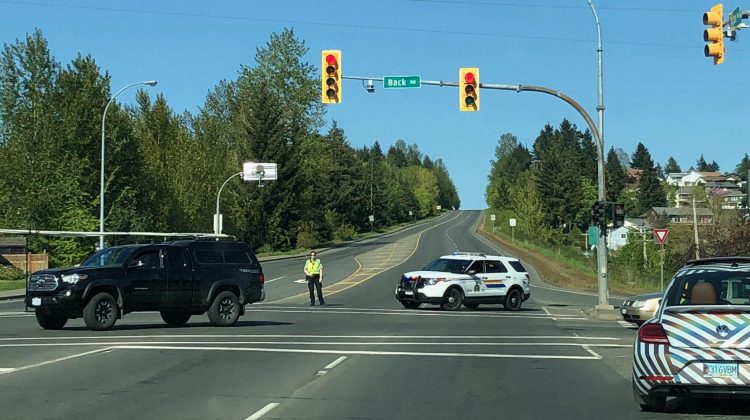 RCMP have shut down Ryan Road between Back Rd. and Lerwick due to a vehicle incident. Photo submitted.

COURTENAY, B.C. – A collision has closed down Ryan Road in Courtenay, between Back Road and Lerwick.

Not many details are known at this time, but crews were called to the scene shortly after 4:00 p.m.

One patient was reportedly transported to hospital, while hospital staff were reported to have said the services of a helicopter were needed.

Residents are being advised to avoid the area. More details will be added to this report as they become available.