One taken to hospital after motorcycle accident 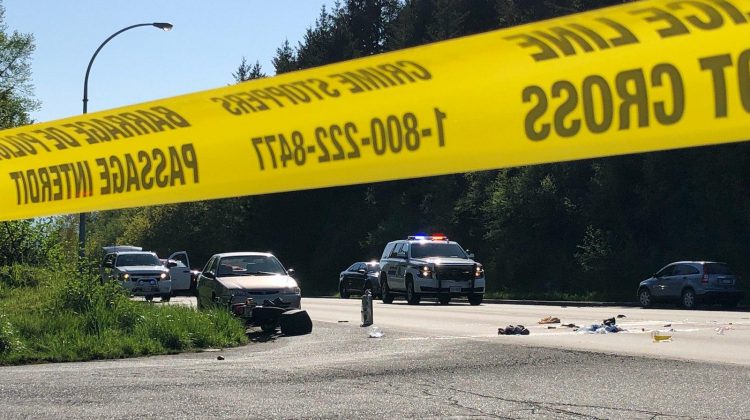 Crews on scene of an accident at the intersection of Ryan Road and Cowichan in Courtenay. Photo by James Wood/98.9 The Goat/Vista Radio.

COURTENAY, B.C. – A collision between a motorcycle and another vehicle has sent one person to hospital in Courtenay.

Crews responded to the scene shortly after 4:00 p.m. The incident was reported to have happened at the intersection of Ryan Road and Cowichan Avenue, across from North Island College.

Courtenay Fire Chief Don Bardonnex confirmed to 98.9 the Goat that one person was transported to hospital, and that a motorcycle was involved in the accident.

The intersection is now sealed with police tape, and a bus was seen pulled over to the side of the road into the college entrance road.

A large amount of glass is visible near the college entrance, and the motorcycle is resting near the downhill lane ditch on Ryan Road.

Crews have blocked a section of the Ryan Road hill, between Back Road and Lerwick, and RCMP investigators are currently on scene.