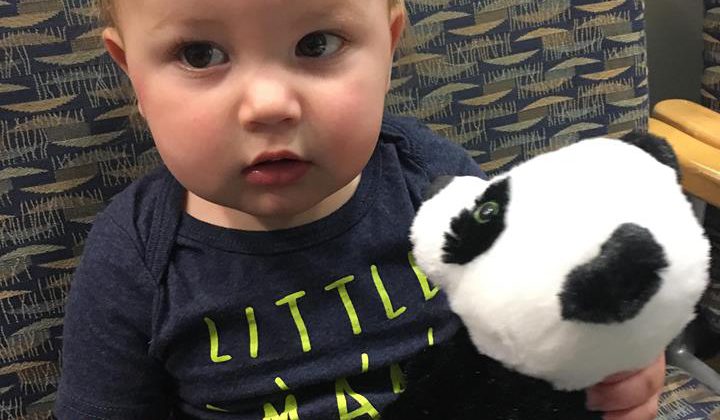 POWELL RIVER, B.C- Candice Landry is getting her son back.

Authourities in British Columbia and Calgary had been looking for a Powell River man last week, in connection to the disappearance of one year old Eddie Robert Griffith-Landry, Landry’s son with Robert Griffith, who had fled Powell River after losing his parental rights last Thursday.

The Powell River RCMP had confirmed a one-year-old child had gone missing from the town, and determined the father had left with the child.

They did not believe there was a safety risk, and the child was found safe on Friday afternoon, though the location where he was found was not released.

Landry told 95.7 The Coast she’d be flying to Calgary to retrieve her son, though she was waiting on an Albertan court order.

However, Landry said that when police in Calgary went to retrieve the child on Friday, both Griffith and their son had left the city.

Landry said she got a call on Tuesday night from the Powell River detachment, with an officer informing her that her son was safe.

She told 95.7 The Coast that the child was recovered after Griffith had returned to Powell River, and had gotten the call after friends in the area had sent her messages about a major police presence at Griffith’s home.

“That’s every parents worst nightmare, not knowing where your child is and if they’re safe,” said Landry.

“The relief that I felt, when I could hear him in the background with a police officer, it felt like the world have been lifted off of my shoulders. There is no words, to describe any of it. I felt like I could breath again.”

She’s now headed back to Powell River from Alberta, and expects to reunite with her son tonight. He’s staying with a family friend.

“It’s time to make a change, no one should ever go through this.”