BC Salmon farmers respond to a call for closed-containment farming 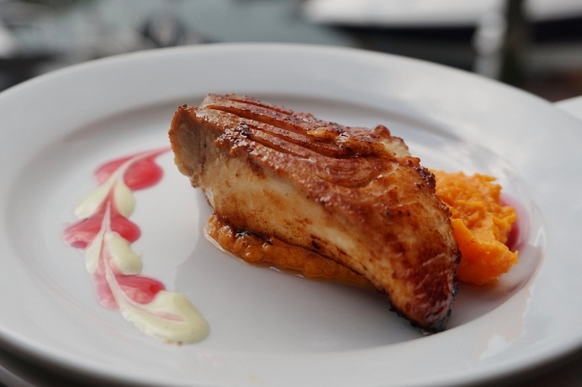 VANCOUVER ISLAND, B.C- The BC Salmon Farmers Association (BCSFA) said that being forced to move to closed-containment farming would result in more pressure on Wild pacific salmon stocks and a massive loss of jobs in rural communities.

The Pacific Salmon Foundation (PSF) released a statement last week which recommended that BC and Canada move immediately to closed-containment farming.

Closed containment is a barrier technology that aims at restricting interactions between farmed and wild fish.

In a statement released May 11th on the BCSFA website, the association said that the recommendation was “premature and misguided”.

“Salmon farmers committed to the PSF and to Department of Fisheries and Oceans (DFO) that we would participate in the Strategic Salmon Health Initiative, a body of research that is not yet complete and to date has shown no direct evidence that salmon farms are negatively impacting the health of wild Pacific Salmon,” said Shawn Hall, spokesperson for the BC Salmon Farmers Association.

“In fact, there is important data regarding the health of wild salmon the research team has yet to make public that we believe is important for the public debate.”

The statement from BCSFA said that implementing closed-containment farming would effectively shut down an industry that supports more than 6,600 jobs in rural coastal communities, along with other issues.

“There are simply not enough wild fish in the oceans to meet growing human demand, so if the PSF’s recommendation were followed and farms were to suddenly disappear wild stocks would be fished out in short order,” said Hall.

“The key is to farm responsibly, with the health of wild fish at the fore. That is our passion.”