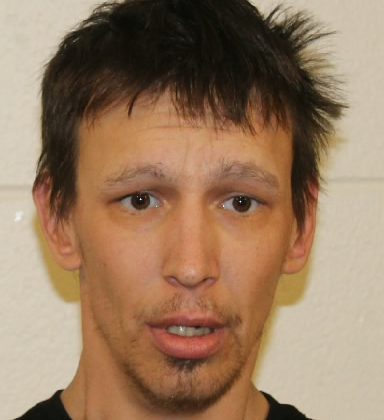 A photograph of James Quinn, supplied by RCMP

COURTENAY, B.C- A wanted man in the Comox Valley was arrested after being hit by a truck last week.

According to a news release from the Valley’s RCMP detachment, 33 year old James Quinn was located on May 18 by officers. Quinn had been wanted on several outstanding warrants, and was one of two people included in a “Wanted” news bulletin issued by the detachment earlier in the week. An officer of the Comox Valley RCMP photographs a bike after a collision along Headquarters Road on May 18, 2018. Photo by James Wood/98.9 The Goat/Vista Radio

According to a friend of the truck driver who reached out to the MyComoxValleyNow.com newsroom, the driver had been looking to help police with the pursuit after spotting what was going on.

Quinn suffered minor injuries, and was taken to hospital for treatment. He remains in police custody, and will be appearing in court today.