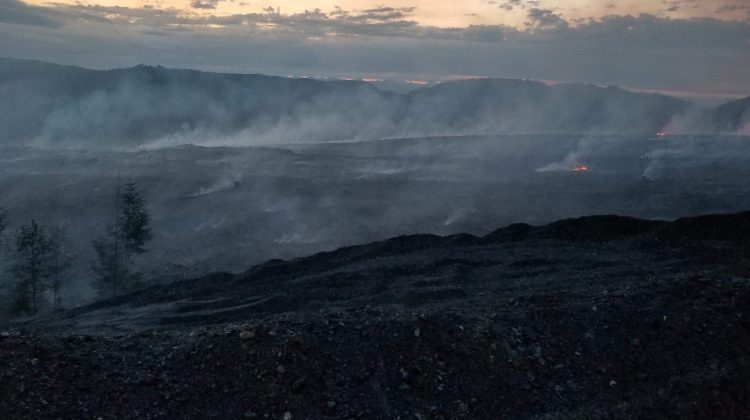 CAMPBELL RIVER, B.C- The wildfire west of Campbell River has been contained as of this morning.

The fire area remains 12 hectares in size, after flames sprang up close to the Quinsam Coal Corperation site west of the city on Wednesday. The flames spread from a point along the Argonaut Mainline, and eventually forced an evacuation of the mine workers on Wednesday evening.

26 firefighters are currently on-site near the area, along with two water trucks. One helicopter is still in service to fight the flames.

The fire is still burning around one kilometre away from the mine site, with no major movement. No control problems are anticipated today.

Image caption: Burnt land in the wake of the fire is pictured around 9:00 a.m. the following morning, close to the mine site. Image courtesy of Norm Sewid.