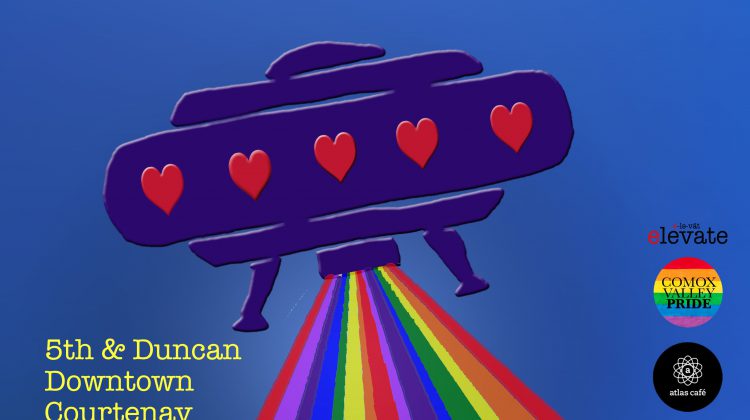 COURTENAY, B.C. – Community groups will come together next weekend to celebrate diversity in the Comox Valley.

Elevate, Downtown Courtenay, Comox Valley Pride and the Atlas Café are just some of the groups that will be on hand for the event.

“Pretty much the whole community is going to be involved in launching this,” said Elevate’s Meaghan Cursons.

“We’re not doing it with speeches and handshakes, we’re doing it as a collaborative ribbon cutting, and it’s not like any ribbon-cutting you’ve ever seen before.”

She said they’re going to essentially be “weaving a rainbow through the entire intersection” during the event.

Cursons said there would be performances from the hip-hop coalition, a canopy dance and flash mobs from local schools.

“There’s some very cool stuff coming together,” she said.

The Elevate the Intersection event is scheduled for Saturday, June 2, starting at 7:00 p.m. at the corner of 5th Street and Duncan Avenue in Courtenay.

More details can be found at the event’s Facebook page.