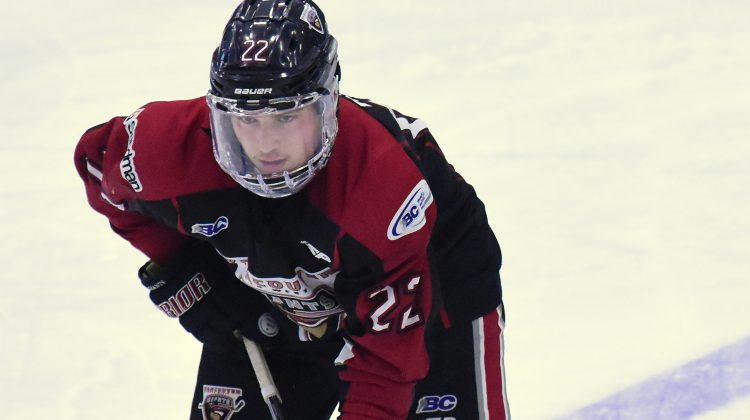 Christian Buono has committed to the Powell River Kings for next season. Photo courtesy Trent Rolfe.

POWELL RIVER, B.C. – It’s been a busy off-season for the Powell River Kings.

The team has a new head coach and general manager in Tyler Kuntz, and a helping of new players, including latest addition Christian Buono.

His name might sound familiar to fans. That’s because his older brother Carmine, is a former defenseman for the BCHL team.

Carmine played in 145 career regular season and playoff games for the Kings between 2014 and 2018. The younger Buono played last season with the Vancouver NW Giants of the BC Major Midget League.

In 35 games, Christian led the team in scoring with 16 goals and 28 assists. He was the team’s top forward, and earned playoff MVP honours. He also dressed in four games as an affiliate player with the Powell River Kings.

“Carmine talked a lot about his time in Powell River, which really helped me make my mind up on where I wanted to play Junior,” he said in a release from the team.

“He was a huge help when I AP’d last season, all the guys were great too, welcoming me into the room. They were all dialed in, wanting to win every night and that’s
going to be a huge help to me early on.”

Buono is training for the season on the Lower Mainland before joining his new teammates in mid-August ahead of main training camp, which starts on August 19th.

Over the last month, the Kings have added a slew of new players.